Today is Perfect Picture Book Friday – I review a picture book, provide a simple fun craft you can do with your kids and then I link up with dozens of other writers, moms, librarians and other lovers of picture books on Susanna Leonard Hill’s blog.

I recently connected with the author of today’s selection…Artie Bennett is super funny and super talented…so it’s not surprising that his new book is super awesome as well! My grandson was repeating the refrain after the first couple of pages…and gave the book an enthusiastic thumbs up.

“Let’s meet the Pandas. Here’s Peter. He’s three! And Mama, who calls, “Climb down from that tree!”

Poor Peter Panda. He’s only three and filled with frustration. And when things don’t quite go his way, he’s apt to throw a tantrum—in the car, in the library, in the supermarket, in the . . . He’s the most meltdownable panda we know.

Poor Mama Panda. How can she cope with Peter’s petulance while seeking to sidestep the mother of all meltdowns herself!? What’s a mama panda to do? 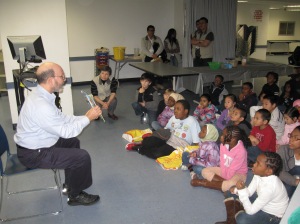 How a parent can use this book:

Have you seen Artie’s other books? They are hilarious!

Want to know more about Artie?Here’s the ‘poop’…straight from the horse’s mouth:

Artie Bennett is the executive copy editor for a children’s book publisher and he writes a little on the side (but not the backside!).

Artie, who would be hailed as “the Dr. Seuss of your caboose,” wrote The Butt Book, his first “mature” work, which published in 2010. The Butt Book was showered with praise and won the prestigious Reuben Award for Book Illustration. His “number two” picture book, fittingly, was entitled Poopendous! What more fertile topic could there be but poop!

Poopendous! earned a bumper crop of great reviews, including this one in the Huffington Post: “For anyone who loved The Butt Book, you must immediately go and buy Artie Bennett’s follow-up, Poopendous! It appears there is no topic Mr. Bennett can’t make funny and educational.” The Show Me Librarian weighed in with: “Bennett’s use of rhyme is excellent; his stanzas flow and exude joviality in a manner that few writers since Dr. Seuss have truly mastered. Simply put, these books are a joy.”

His third picture book, the much-anticipated Peter Panda Melts Down!, illustrated by the virtuosic artist John Nez, published in February 2014.

Artie was the youngest (at age thirteen) person to originate and sell a crossword puzzle to the New York Times. He went on to sell several dailies and two large Sunday puzzles to the Times before he began college. It’s been downhill ever since.

He and his wife, Leah, live deep in the bowels of Brooklyn, New York, where he spends his spare time moving his car to satisfy the rigorous demands of alternate-side-of-the-street parking and shaking his fist at his neighbors.

He is pleased to share the visionary promise of The Butt Book, Poopendous!, and Peter Panda Melts Down! with a wider audience.

His fourth picture book, the uproarious Belches, Burps, and Farts—Oh My!, will publish in August 2014.

Visit ArtieBennett.com . . . before someone else does!

When I read Artie’s bio, I did a lot of laughing…and a huge amount of head-nodding. I, too, lived in Brooklyn, NY…and, as a teacher, had to drive around the neighborhood of the school for 30 minutes, just to find an ILLEGAL parking spot…the ‘legal’ spaces having been taken by neighborhood residents. At any time during the day, teachers had to be ready to fly out of their rooms to repark their cars if tickets were being given out…talk about stress.

Stay tuned for a special Father’s Day post on Sunday…and then a week from Saturday, on June 21st, please stop by for Will Write for Cookies…the spotlight will be on author, Anne Marie Pace. I’ll also have a few words about Kristen Fulton’s Non-Fiction Picture Book Challenge that will be starting that day. There’s still time to sign up…you’ll find inspiration and information about writing non-fiction picture books…and lots of GREAT PRIZES: http://www.kristenfulton.org/wow–nonficpic.html

And a big thank you to Artie for the final picture…quite appropriate for the END of this post, wouldn’t you say? 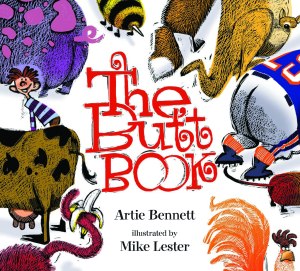