Happy Perfect Picture Book Friday, dear friends. Today’s selection is from one of my very favorite author/illustrators, Duncan Tonatiuh. And today is also the day that Susanna Leonard Hill’s Perfect Picture Book link up is back in business – so please make sure to hop over to her blog later to discover more wonderful picture book reviews.

But first, we have a book to give away. A couple of weeks ago, we turned the spotlight on Barry Wittenstein and his newest picture book: A PLACE TO LAND: Martin Luther King, Jr. and the Speech That Inspired a Nation. And the winner is:

Congratulations, Laura…I will connect you and Barry so he can get a copy of this amazing book out to you.

And now, back to our regularly scheduled program. Perfect Picture Book Friday is a celebration of the picture book genre. About eight years ago, there was a NYTimes article that claimed that picture books were dying out…that most parents of young children wanted to give them real books to read…like chapter books…books with lots of words and few pictures. Fortunately, that didn’t happen…picture books are not dying out and, what we are seeing in the schools recently, is a rebirth of the usage of picture books, especially nonfiction ones…and especially for the older kids.

Nonfiction picture books are so important. ROOM TO READ says that they expand a child’s vocabulary, aid second language learners, teach a child about the world they live in. And I would add: they allow children to see themselves, introduce children to incredible art, encourage children to find solutions to their own problems. And for me, one of the best things about recent nonfiction picture books is that they often uncover stories of people that history had forgotten..or, as in the case of schools in this country, that our textbooks never revealed. 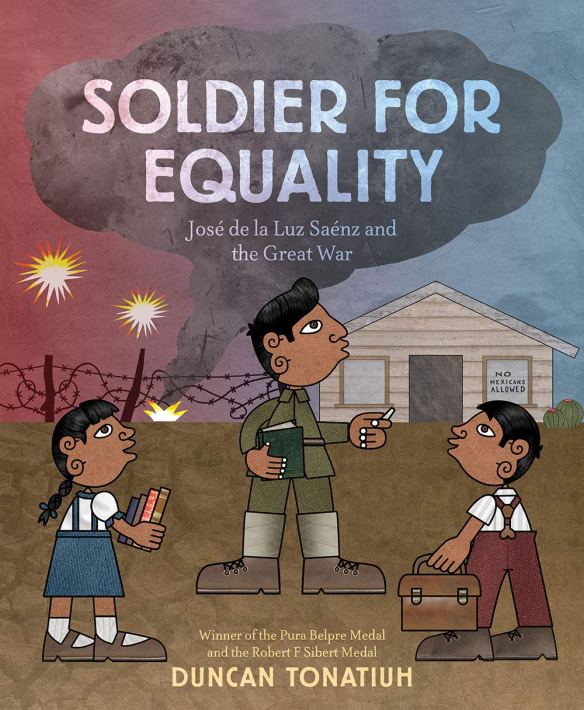 Written and illustrated by Duncan Tonatiuh

José de la Luz Sáenz (1888–1953)—or Luz—believed in fighting for what was right. Although he was born in the United States, he and his family experienced prejudice because of their Mexican heritage. When World War I broke out, Luz volunteered to join the fight. Because of his ability to quickly learn languages, he became part of the Intelligence Office in Europe. However, despite his hard work and intellect, Luz often didn’t receive credit for his contributions. Upon his return to the US, he joined other Mexican-Americans whom he had met in the army to fight for equality. His contribution, along with others, ultimately led to the creation of the League of United Latin American Citizens (LULAC), which is the oldest Latino civil rights organization. Soldier for Equality is based in part on Luz’s diary during the war. It includes a biography of Luz’s later years, an author’s note, a timeline, a bibliography, and an index. 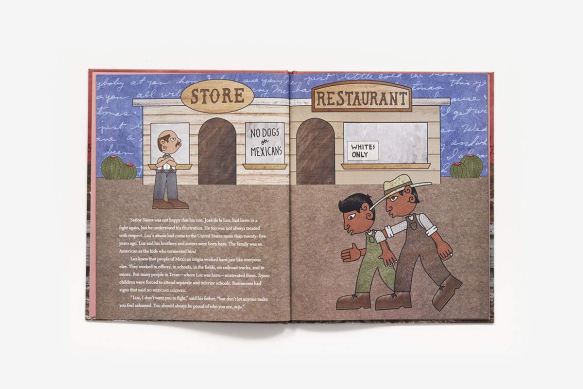 Why I love this book:

And here are some of the starred reviews the book has already received:

**STARRED REVIEW**
“The author’s insightful use of Sáenz’s war-diary entries boldly introduces this extraordinary American’s triumphs and struggles . . . An important contribution to this volatile chapter in U.S. and Mexican American history.”

“Tonatiuh unfurls this story in a streamlined narrative, enlivened by touches of Spanish phrasing and quotes and paraphrases from Sáenz’s own diaries, that sets up the situation quickly and effectively yet still flows naturally . . . Youth literature has been limited in its coverage of Latinx civil rights, and this will be a useful and readable introduction to one of its originators.”

(The Bulletin of the Center for Children’s Books)

“An inspiring introduction to an underrepresented figure who pursued his lifelong vision for equality and justice.” 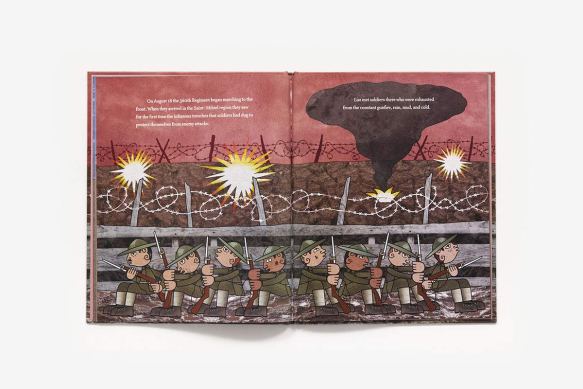 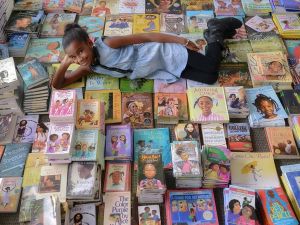 For activities and other information, please check out these great links on diversity:

Thank you all for joining me here today. I am grateful that you spend some of your precious time with me. Tomorrow I’m headed for ENCORE, the NESCBWI mini conference in Hartford, Connecticut. It should be an awesome day filled with dear friends, good food, and of course, fabulous kidlit workshops. And next week, I’ve got a special guest for Will Write for Cookies: Alleanna Harris, the illustrator for Making Their Voices Heard: The Inspiring Friendship of Ella Fitzgerald and Marilyn Monroe. There will be an amazing giveaway of an original sketch by Alleanna.

Have a safe and happy weekend!