Hurray! I’m back home…and it’s Friday…and you know what that means. A review of a wonderful picture book!

I looked at the calendar and realized that we are just about at the end of the month. Didn’t I promise a couple of giveaways would happen then?

You bet I did! I hope you all love jam…because this is going to be a jam-packed post. First I want to congratulate the winners of Susanna Hill’s First Annual Almost World Famous Valentiny Writing Contest. Did you vote? It was pretty hard to decide…I hope all of those wonderful writers will take their stories and turn them into picture books. Writing contests are a great way to exercise your writing muscle.

Talking about writing muscle, both of the books we are giving away are full of writing muscle…Dianna Aston’s An Egg is Quiet and Doris Burn’s Andrew Henry’s Meadow. Both are classics and are books that can be read over and over again…for the text, for the illustrations, for the messages that will constantly be uncovered each time you turn the pages.

We’ll get to announcing the winners shortly, but first we should talk about our Perfect Picture Book Friday pick. One of the really neat things about being in this kidlit community is that I get to connect with lots of writers. And those writers write books. And those books get published! How cool is it to hold a book in your hands that was written by a friend? Totally cool!

The William Hoy Story: How a Deaf Baseball Player Changed the Game

Today I read about the death of  George Steinbrenner, principal owner and managing partner of the New York Yankees.

Although many may have disagreed with his controversial policies and decisions, I think most people would say he devoted his life to his team, even those players and managers who were fined and fired (and often rehired) at his direction.

He led the Yankees to 11 Pennants and 7 World Series titles.  He was tough on his players, instituting a ban on most facial hair, and he insisted that all players, coaches and executives keep their hair trimmed to collar-length at most.  He negotiated for higher salaries for his team.  He was definitely a hands-on owner.

So, why do I say there is a connection between George Steinbrenner and parenting?

Let’s look at a list of some of the key phrases that we could use to describe him:

George Steinbrenner’s style of “parenting” his team is probably NOT the one that you or I would want to use for our children.  However, most good parents:

Perhaps the biggest difference was that George Steinbrenner did not embrace the “POSITIVE parental participation” philosophy.  Maybe if he had, the media would have been kinder to him. 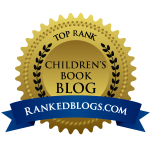